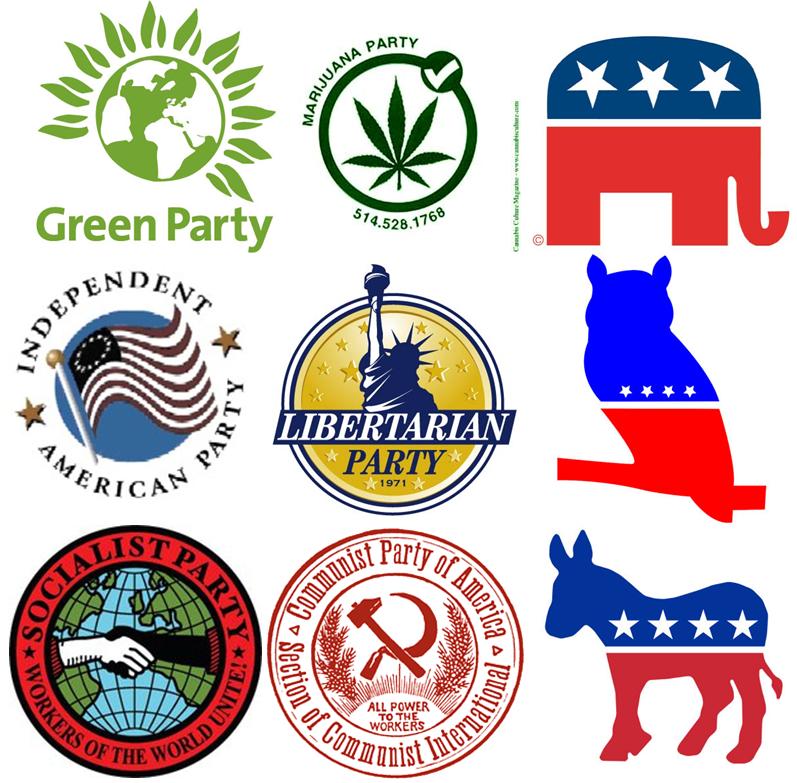 How many times have you heard or seen the words “Democrat,” “Republican,” “Socialist,” “Libertarian,” and “Tea Party” (not the event when Bostonians threw tea into Boston Harbor to protest taxes or formally dressed people drinking water with leaves boiled in it, but the political organization) thrown around in a conversation or in a news article and didn’t know what the heck people were talking about? Or are you generally politically aware but curious about what exactly the history and beliefs of these organizations are? I shall attempt to assuage your curiosity with a hopefully non-biased summary of these political organizations which are prevalent in our nation today. And next time you hear people discussing politics, you will know precisely what they are talking about.

(Disclaimer: Since a human wrote this article, there may be a small amount of personal bias. Feel free to do more research into these political parties, and by no means base your entire perception of American politics on this piece of writing. Thank you.)

Democrat: The modern Democratic Party is a political organization whose name originated in 1729, but ideologically evolved to what we recognize as the Democratic Party of Barack Obama, Bill and Hillary Clinton, and Franklin Roosevelt in approximately 1930. The post 1930s political party is distinguishable by its pro-civil rights, pro-tax, pro-welfare, pro-environment, and, depending on who you ask, pro-defense policies. Current Democratic platforms include marriage equality, taxing the upper class, increasing the minimum wage significantly, establishing, international taxes on CO2 emissions, and dismantling of nuclear arms.

Republican: The Republican Party is a political party that originated  by name in 1854, but evolved into the modern Republican Party of Reagan and Lincoln during the 1930s, much like the Democratic Party. The modern Republican Party is generally pro-tax cuts, pro-limited government involvement in business, strongly pro-defense, pro-limited government economic assistance, and pro-government enforcement of certain traditional values. The current Republican Party supports tax and budget cuts, maintaining a strong American military presence throughout the world, using a variety of energy sources in order to achieve energy independence from other countries, and increasing cost-efficiency in the government. Republicans oppose government-run healthcare, same-sex marriage, and abortion when pregnancies do not put the mother in lethal mental or physical danger.

Tea Party: the Tea Party is a decentralized political movement founded in 2009 that has Republican, libertarian, and populist ideals. They do not have a specific agenda, but most groups generally oppose government-run healthcare and high government spending. They are most similar to the Republican Party.

Libertarian: The Libertarian Party is a political party founded in 1971 that holds personal liberty to be the most important goal in a society. They believe in extensive social freedoms and civil rights that do not harm other individuals, such as approving of marriage equality and the consumption of a variety of drugs by consenting adults. The Libertarians are non-interventionist in terms of foreign policy but support defense when the country is attacked. Libertarians also believe in a laissez-faire or hands-off governmental approach to the economy, believing that the free-market system is the key to personal as well as societal success.